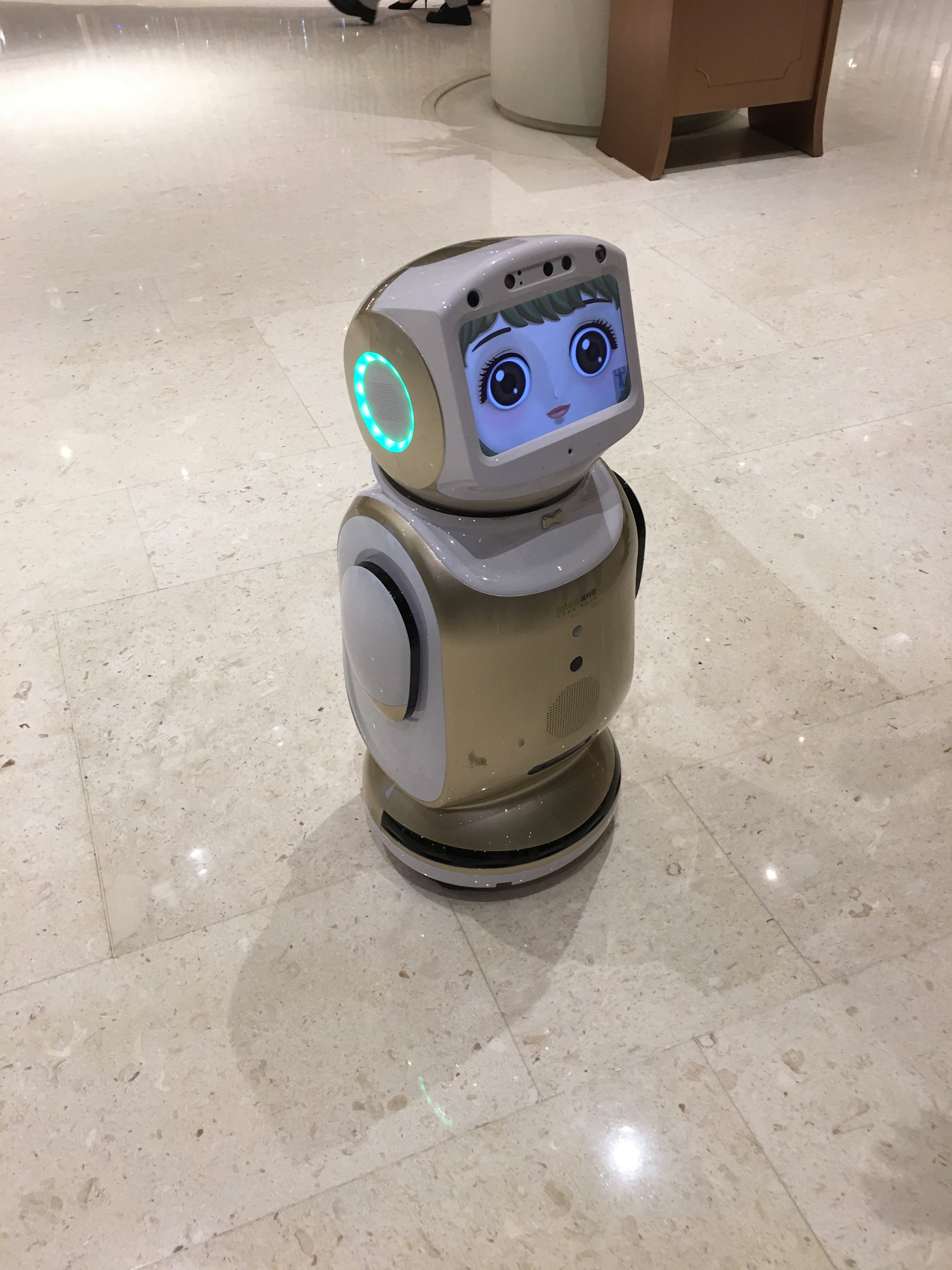 ZPUTA started life as a simple test application to verify ZPU Evo and SoC hardware designs as they were being developed. It’s name is derived from ZPU Test Application and it has evolved over time from a simple program to something of a level of sophistication akin to an OS. It can be built as a single firmware image with all functionality within it or split with most functionality on a connected storage device such as an SD card. zOS was split from ZPUTA and had much of the internal functionality removed, relying on the external storage making it more suited to place into end projects.

More recently, zOS/ZPUTA was ported to the ARM Cortex-M4 architecture for use with the Freescale K64F on the tranZPUterSW project. As the K64F is a fixed architecture CPU / SoC only one method of execution exists, ‘standalone’, it is stored in the onboard Flash and started when the CPU powers up.

The idea behind ZPUTA is mainly that of testing, getting internal access to an embedded hardware system and running codelets to test or try hardware features. Each test would be built as an internal function and an external app, this was paramount due to the development boards being used. The Cyclone V based DE10-Nano FPGA board used to develop the ZPU Evo has more than 600KB of RAM memory wherease a Cyclone 10LP on the tranZPUter has only 120K of which a chunk is used as cache in the Evo design, thus the latter needs an SD card and external applications to test thoroughly. All functionality of ZPUTA can be enabled/disabled within the primary loaded image.

To operate, ZPUTA requires at least one serial connection (physical or usb-virtual), preferably two for debug output. On the primary serial connection it is preferable to have an ANSI/VT100 terminal emulator package connected. The requirement for an ANSI/VT100 terminal emulation package is to allow commands such as the editor or readline to function correctly. A dumb serial terminal will work fine but at reduced application functionality.

The ZPUTA interface has been written keeping in mind that only a serial text based terminal is available. Some components such as the Editor need more advanced capabilities and to this end the venerable VT100 emulation was chosen as a suitable candidate (which means you need a VT100 emulator sat in front of the serial line in order to use the Editor). Interaction is keyboard and text based, (no nice GUI interfaces!) with the sections below providing information needed to use the interface.

Prior to ZPUTA, I created a bootstrap program called the IOCP (I/O Control Program) which operated at the lowest hardware levels and was able to boot more sophisticated programs, ie. ZPUTA. The IOCP is size sensitive and was designed to bootstrap from any memory device and by including an SD card and the Petit FatFS it is able to bootstrap off an SD card. IOCP was originally used to bootstrap ZPUTA, aiding development speed by just copying a ZPUTA kernel onto an SD card when a change was made but eventually I included the low level code into ZPUTA and it was able to boot as the primary software without needing IOCP. IOCP still remains within the project to boot any application not needing ZPUTA or zOS level of sophistication.

ZPUTA will remain with its original purpose, to aid in testing, whilst zOS will over time become more a refined OS for my own projects.

A few months ago the tranZPUterSW project was born as an offshoot from the tranZPUter in order to more rapidly forward the design in softwareapid development. This came in the shape of the Teensy 3.5 development board by PJRC.com or more importantly the Freescale K64F processor, an ARM Cortex-M4 CPU. This required quite a few changes to the source code to allow for two different processing architectures but it makes the OS more useable by 3rd parties in their own projects given the plethora of ARM development boards.

The ZPUTA command line is not a shell interpreter just a basic text interface provided for the issuing of built-in commands or commands stored on the SD card. It does include a cutdown readline capability with history to aid in command entering and retrieval and generally follows the GNU readline functionality, the recognised keys at the command line are:

The applications currently provided by ZPUTA reside on an SD card and are summarised below. For more detailed information please refer to the Application section (on the left navigation bar) or the Application README file.

All commands with a (*) are built in to ZPUTA.

As per MSDOS, if a file of name ‘AUTOEXEC.BAT’ is created in the root directory (top level) of the SD filesystem the contents will be executed on ZPUTA at boot/reset. Use this file to automate setup and startup of your intended application. It currently has no in-built language, just issuing of commands.

This section aims to provide some of the inner detail of the operating system to date. A lot of this information is the same in ZPUTA but as ZPUTA matures it will start to have significant differences.

ZPUTA is generally used in it’s ‘standalone’ guise, ie the OS boots up as the primary firmware on the K64F. On the ZPU to aid in more rapid development of ZPUTA, it is booted by IOCP and new ZPUTA images are just copied onto the SD card rather than reprogramming the FPGA.

Depending upon the memory model of IOCP used, the currently defined memory maps for IOCP are as follows:-

ZPUTA is loaded from the SD card by IOCP and resides typically 0x1000 bytes further in memory as opposed to when ZPUTA is the boot firmware. At time of writing, IOCP can only be used with the ZPU as it has not been ported to the K64F architecture.

ZPUTA running on the ZPU has the memory usage map as per the diagram below. ZPUTA resides in lower BRAM as the boot firmware with Stack/Heap at the top of useable BRAM (or RAM/SDRAM). An application is loaded at the defined load point in the build script which would typically be the start of RAM/SDRAM or BRAM if the FPGA is sufficiently large. 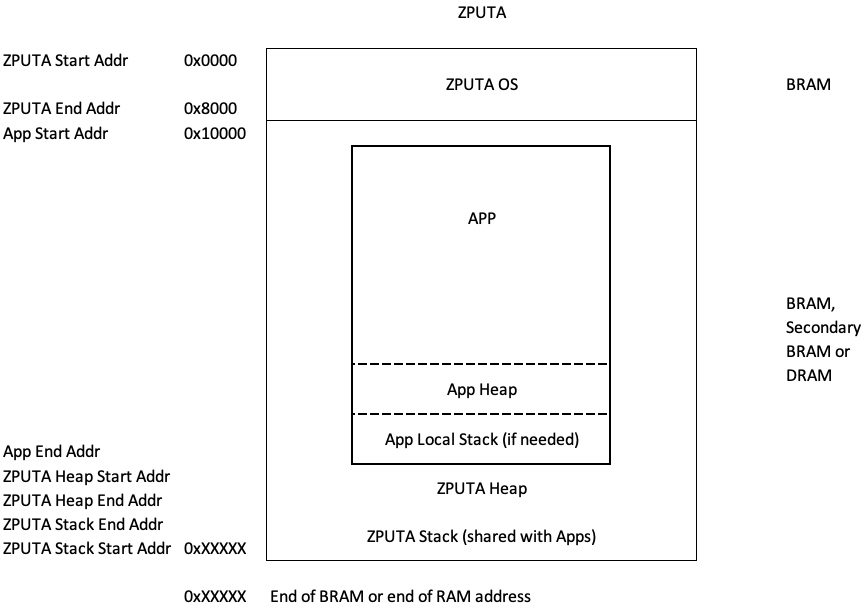 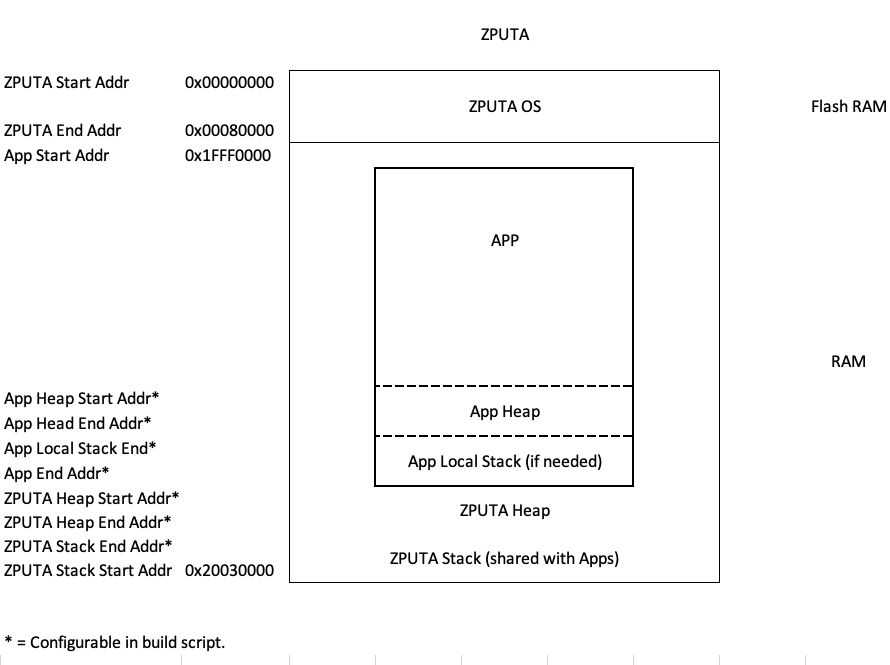 As per most operating systems, ZPUTA provides an API which a suitably compiled application can use to decrease it’s size and complexity and reuse features within the OS such as the serial line connectivity.

param1 and param2 can be any 32bit value passed when fileExec is called within ZPUTA. Under standard operating conditions, ZPUTA calls an application with one parameter only, param1 which is a (char *) pointer to the command line parameters which invoked the application.

The return code from the application to ZPUTA is a 32bit unsigned integer. 0 means the application executed successfully, 0xFFFFFFFF indicates a failure and anything inbetween is for reference or to be used by future commands for conditional processing.

ZPUTA is built using the ‘build.sh’ script. This script encapsulates the Makefile system with it’s plethora of flags and options. The synopsis of the script is below:

Jenkins can be used to automate the build but for simple get up and go compilation use the build.sh and the underlying hierarchical Makefile system by following the basic instructions here.